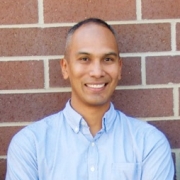 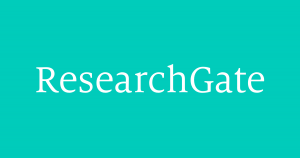 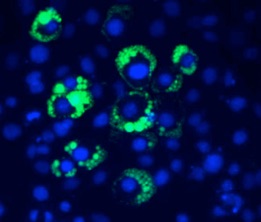 Immunofluorescence of adipocytes differentiating in a tissue culture dish. Lipid droplets are stained green with Bodipy and nuclei are stained blue with DAPI.

We are interested in studying the transcriptional networks that regulate metabolism and how adipocytes establish their distinct metabolic programs. Adipocytes are specialized cells with a tremendous capacity to store energy in the form of triglycerides.  There are three types of adipocytes, white, brown, and beige. White adipocytes store energy, while brown adipocytes consume energy for the highly energy demanding process of thermogenesis.  Brown adipocytes are activated within minutes of cold exposure, while beige adipocytes are thermogenic like brown adipocytes, but appear in white adipose tissue with long-term cold exposure.  In humans, brown fat activity is inversely correlated with body weight.  Suggesting that brown fat plays a key role in contributing to whole body energy expenditure.  Our laboratory will use imaging, biochemical, genetic, genomic, proteomic, and lipidomic approaches to study transcriptional regulators of adipocyte biology.

The central regulator of adipogenesis is PPARγ, a ligand activated transcription factor that belongs to the nuclear receptor family. PPARγ is also the molecular target of thiazolidinediones (TZDs), a class of potent antidiabetic drugs. PPARγ has a major role in driving adipocyte development and establishing the metabolic program of adipocytes. We recently identified TLE3 (transducin-like enhancer of split) as a transcriptional coregulator that works in concert with PPARγ to drive adipocyte specific gene expression. We discovered that TLE3 and PPARγ are involved in a feedforward loop and work synergistically to drive expression of genes involved in lipid handling and storage (Figure 1). Like TZD administration, overexpression of TLE3 in adipose tissue activates PPARγ signaling and improves glucose handling and insulin sensitivity. Future investigations will examine the molecular crosstalk between TLE3 and PPARγ signaling in adipocyte biology.

PPARγ and Wnt signaling are opposing forces in adipogenesis. While PPARγ drives adipogenesis, components of the Wnt signaling pathway oppose it. Genomewide association studies have identified polymorphisms in PPARγ and TCF7L2 that strongly associate with type 2 diabetes. Although a wealth of data exists on how PPARγ affects adipocyte biology and improves insulin sensitivity, little is known about the role of TCF7L2 in adipocyte development, endocrine function and energy metabolism. We discovered that during the course of adipogenesis expression of Wnt responsive genes inversely correlates with PPARγ and TLE3 expression. We found that forced expression of TLE3 blocks Wnt-dependent gene expression and β-catenin-dependent reporter activity. Through a direct interaction TLE3 prevents the downregulation of adipogenic genes by Wnt3a. Notably, through TLE3 we identified a new mechanism that links PPARγ to the inhibition of β-catenin-dependent Wnt signaling during the course of adipogenesis. Our lab will explore how transcriptional regulators of the Wnt signaling pathway modulate adipocyte biology.

Role of TLE3 in White and Brown Fat Cell Determination

There are two types of adipocytes, white and brown. White adipocytes play a major role in storing lipid in the form of triglycerides, and mobilizing lipids as free fatty acids to provide an energy source for peripheral tissues such as heart, liver, and muscle. In contrast, brown adipocytes are thermogenic cells that express high levels of UCP1, a mitochondrial uncoupling protein that uncouples the proton gradient to generate heat. During cold exposure brown adipocytes catabolize lipids as an energy source for heat production. The molecular determinants that drive white versus brown fat gene expression are incompletely understood. Recently Prdm16 was identified as a critical determinant of brown adipocyte development. We are interested in investigating the crosstalk between TLE3 and Prdm16 in driving brown fat cell specification.

Our goal is to study transcriptional regulators of metabolism and adipocyte development, and how they relate to physiology and disease. Ultimately we hope to that our investigations will lead to novel therapeutics for the treatment of metabolic disorders such as obesity and type 2 diabetes.

Tweets by ClaudioVillanu
Scroll to top