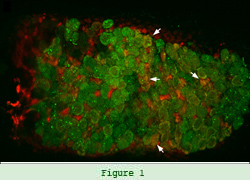 The research in my lab has mostly focused on the early stages of the interaction between nitrogen-fixing Rhizobium bacteria and legumes such as alfalfa, pea, and soybean in order to determine why this interaction occurs exclusively with leguminous plants. Root nodules are formed following the perception of signal molecules from a compatible Rhizobium. The nodules house the bacteria, which convert atmospheric nitrogen into ammonia.

The plant’s role can  be studied by looking at single-gene plant mutants. We are studying Lotus japonicus and Melilotus alba, two autogamous diploid legumes. In M. alba, a number of mutants, which are defective in both the nitrogen-fixing and mycorrhizal symbioses, have already been identified and characterized. One of these mutants, sym3, forms neither root nodules nor mycorrhizae. We are also collaborating with Dr. Akihiro Suzuki of Saga University in Japan on L. japonicus, looking at the effect of light on nodule formation and mycorrhization.

Many of our past investigations focused on Rhizobium attachment to plant surfaces.  We found that  an in vitro assay for biofilm formation allowed us  to screen a large number of bacterial mutants and thus serves as an excellent model system for studying root colonization.  Biofilms are structured communities of bacterial cells enclosed in a self-produced polymeric matrix and adherent to an inert or living surface; they have clinical, industrial and environmental impacts. 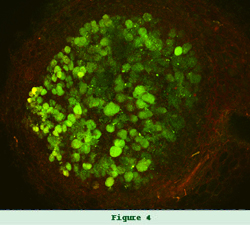 Our newest projects focus on beneficial plant-microbe interactions especially those related to “the plant’s guts”, i.e. the rhizosphere microbiome. We search for novel plant-growth promoting bacteria associated with plant roots growing in arid environments. As the climate changes, agricultural productivity will be reduced because crop-growing regions will become drier and less fertile. Novel drought-adapted bacteria and fungi may yield genetic traits that increase not only nutrient availability, but also tolerance to salinity and water loss brought about by reduced rainfall and higher temperatures.  Using both cultivation-independent and cultivation-dependent methods, we are getting a better idea of the microbial population that lives in close association with plant roots.

Many of the bacteria that we have uncovered from our searches of deserts and other arid environments have lead to the discovery of novel species that have been barely studied.  We are sequencing the genomes of these bacteria and analyzing the genes that when expressed are important for plant growth growth promotion.  In addition, we are “mixing and matching” certain bacteria to see if novel combinations can enhance plant growth in stressed environments.