Gary Bucciarelli in The Guardian.com: Pacific newts threatened at road crossings are already getting hammered hard by the climate crisis

Researchers have found that southern California newts’ body condition – a measure comparing weight and length – declined by 20% between 2008 and 2016. It’s a sign that temperature extremes and drought – exacerbated by global heating – are already affecting Pacific newts, according to Gary Bucciarelli, a conservation biologist at UCLA who led the 2020 study. Newts in northern California are likely to suffer the same consequences in coming years, he says.

The newts are “dealing with more prolonged droughts and changing precipitation patterns due to climate change, they’re dealing with wildfires”, Bucciarelli said. “They’re getting hammered hard.”

Read the article on theguardian.com 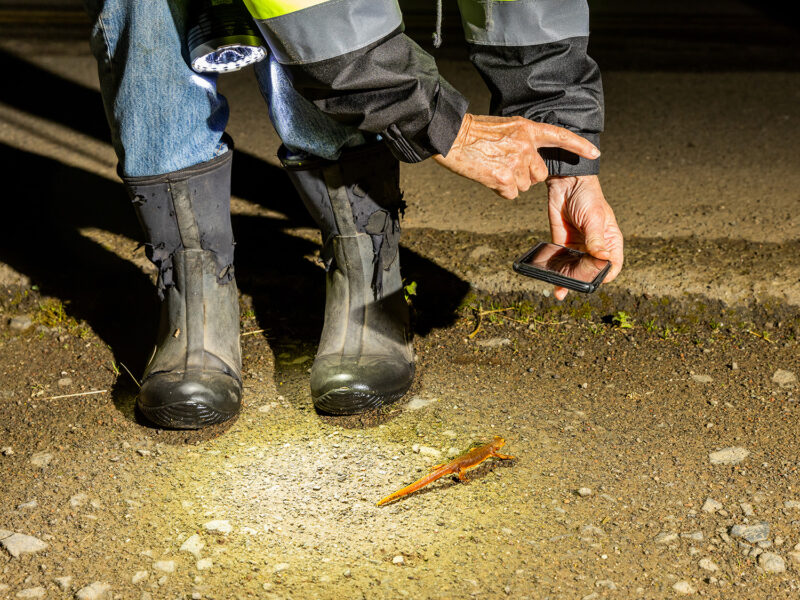