Farid Alsalek is a recent UCLA undergraduate with a B.S in psychobiology (2020), with a strong interest in evolutionary biology. He is assisting Dr. Bucciarelli with an investigation of the genomic mechanisms of venom production, as well as working with him on a study of toxin development and coevolution, which he will continue during his gap year before beginning dental school. 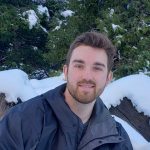 Aarron Andreas is a graduating biology major at UCLA. He has participated in the CA Meta Analysis project since its inception, and finds the exposure to the biology and ecology of the beautiful state of California to be particularly rewarding. His future plans include either medical school or some other biological discipline. 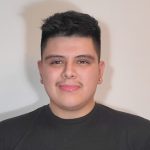 Jesus Garcia Blanco is a Human Biology and Society major at UCLA. He is currently assisting Dr. Bucciarelli with a molecular analysis of the Taricha genus microbiome to assess bacterial communities and their potential role in affecting tetrodotoxin levels. 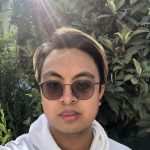 Justin Bueno received his B.S. in biology at UCLA in the Spring of 2020. He has been involved in the Meta Analysis project since for just the Spring Quarter, and will be staying on through the summer to help with data analysis and visualization. Justin enjoys playing online games with close friends and family and hopes to have a career involved in medicine or research. 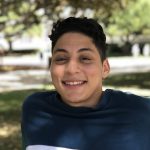 Andrew Ghaly is a Psychobiology major at UCLA. He is most interested in the application of field research and lab data into computerized models of animal behavior and ecological effects on behavior. Andrew is currently assisting Dr. Bucciarelli by running nonmetric multidimensional scaling (NMDS) on local invertebrate species data to visualize the effects of crayfish population and drought on invertebrate populations using R. 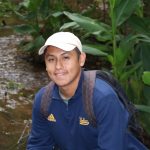 Germar Gonzalez has just completed his second year at UCLA, majoring in Ecology, Behavior and Evolution and minoring in Latin American Studies. Germar has been on the meta-analysis team since March 2020. In the future, he hopes to study the intersections between tropical conservation and political ecology in Latin America.

Maren Lechner is a fourth year Ecology, Behavior, and Evolution Major and a Food Studies Minor at UCLA. She is interested in the ecology and conservation of California newts. She is currently working with Dr. Bucciarelli to understand the therapeutic applications of tetrodotoxin within an evolutionary context. 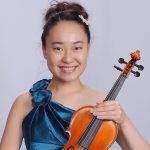 Celina Nishioka holds a B.S. in Biology and a minor in Music Industry from UCLA. She has been contributing to the CA Meta-Analysis project since December 2019. When not in the lab, Celina plays violin and piano with orchestras and musicians from across the world and volunteers with underserved communities.

Jordan Pace is a fourth year biology major at UCLA. He joined the meta-analysis project to broaden and expand his scientific experience and learn to navigate data bases while extracting important data. Longer term, his goal is to attend medical school. 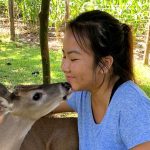 Hannah Pham is a third-year Biology major and Environmental Engineering minor at UCLA. She has been working on the compilation and analysis of genetic data of native Californian species for the California meta-analysis project since March 2020. She is studying to become a wildlife conservation veterinarian. 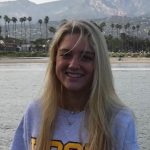 Molly Posta will be beginning her second year at UCLA in the fall of 2020. She is pursuing a degree in Marine Biology and plans to minor in Conservation Biology. She has been involved with the California meta-analysis project since March of 2020.

Bianca Ryans is an undergrad lab assistant, working with Tara on a molecular genetic study of endangered tiger salamanders from Sonoma County. As a second-year undergraduate biology student at UCLA, Bianca joined the Shaffer lab because of her interest in wild species and conservation efforts to protect them. Her goal is to go to vet school, where she hopes to become a wildlife veterinarian and continue working for animal conservation. 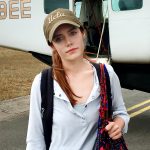 Meryl Slay is a fourth year Marine Biology major / Conservation Biology minor. She has worked with the Shaffer lab’s California genetics + genomics meta-analysis team since the project began in December 2019. In the future, she plans to pursue her passion for conservation biology through graduate research and training. 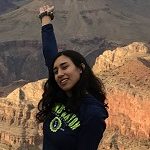 Ashley Soto just completed her fourth year at UCLA as an EBE major. She has been involved in the California genetics meta-analysis project since last year. She loves hiking and reading, and aspires to have a career in restoration ecology. 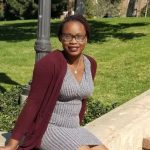 Kelechi Umunna is interested in the evolution of newt chemical defenses. She is working with Dr. Bucciarelli in understanding the ecology of the toxin of the poisonous Californian newt (Taricha torosa). She assists in extracting the toxin from samples and data analyses.

What do we really know about the genetics of natural populations of plants, animals, and marine organisms in California? And why should we care? Thousands of papers have been published over the last 40 years using dozens of techniques on hundreds of species, but no synthesis has ever been attempted for this disparate, scattered set of studies. Our team- consisting of nine UCLA undergraduate researchers, postdocs Joscha Beninde and Erin Toffelmier and faculty lead Brad Shaffer- is compiling, synthesizing and reanalyzing this vast literature to determine how the complex topography and environments that characterize California leads to connectivity, isolation, and regional genetic diversity across species and ecosystems. Our results will provide important insights into regions of greatest genetic resilience for climate adaptation, identify at-risk habitats suffering from genetic isolation, and point to movement corridors for animals and plants that are the key to effective conservation.